Creates a Shear Service Factor of 6.0, Maximizing Strength in Fiberglass Composite Structures. In Tensile Tests, Outperforms All Others Commonly Used. Mates in the Middle, Preventing Cracked Tubing from Over-Torqued Bolts. 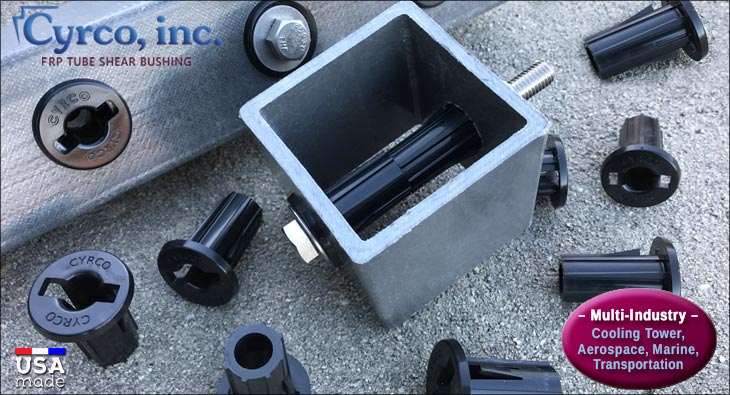 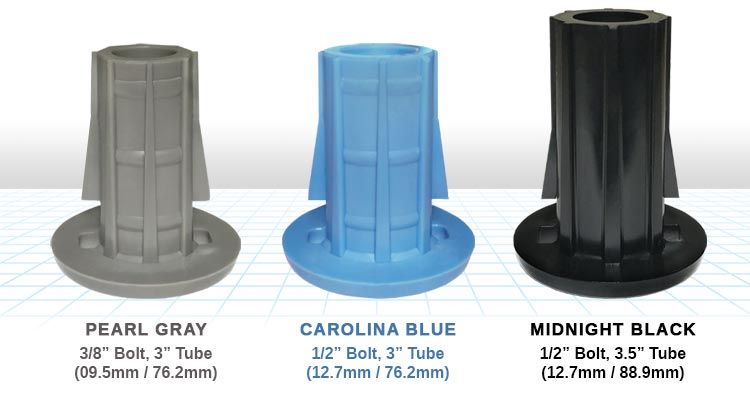 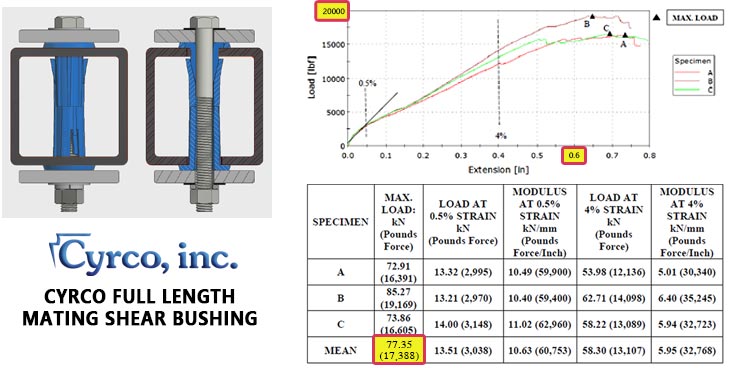 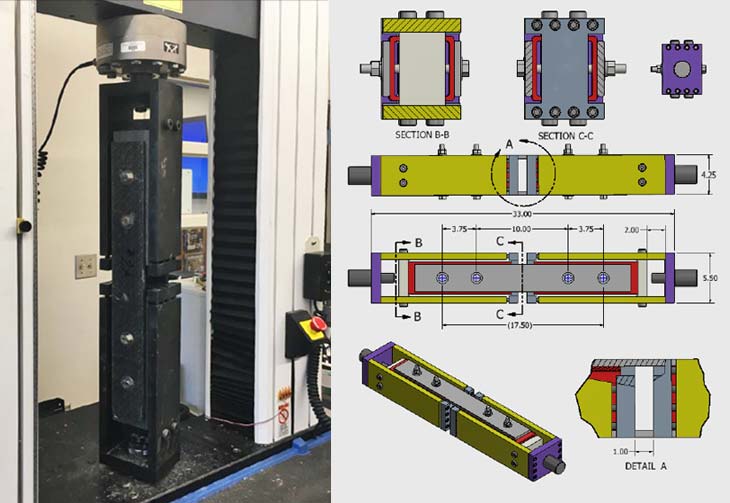 This thorough and comprehensive testing targeted the more severe tensile loading rather than compression loading in composite joints. Composite joints subjected to compression loading are less sensitive to joint geometry and are generally stronger than joints subjected to tensile forces. Members are loaded in the lengthwise orientation according to the direction of the pultrusion to utilize the maximum tensile strength available from the FRP. All edge distances exceed the minimum recommendations relative to bolt diameter. As such, the predicted failure mode is bearing failure, rather than failure by tension or shear out. Bearing failure is caused by the bearing pressure forces from the bolt applied to the hole boundary producing delamination of the composite. Historically, bearing failure has been defined as 4% elongation of the bolt-hole diameter. No appreciable load capacity can be expected after the 4% diameter elongation is met. Any further elongation of the holes only allows the structure to become loose and unstable.

The FRP materials used for this test are fire retardant polyester, compliant with the Cooling Tower Institute (CTI) industry standards. Cross-sectional dimensions of the tubes are 88.9 mm square x 6.4 mm thick (3.5" square x 0.25" thick). Cross-sectional dimensions of the straps are 76.2 mm wide x 9.6 mm thick (3.0" wide x 0.38" thick). Fastener materials are all of S30400-grade stainless steel, Ø12.7 mm-13 (Ø½"-13) UNC. One flat washer is placed below the head of the bolt. One flat washer and one helical locking washer is placed under the nut. All threads are lubricated with a graphite-petrolatum anti-seize compound.

Like many engineering and structural industries, one of the major advancements in today’s construction of cooling tower framing is the use of polymer composites also known as fiberglass reinforced polymer (FRP) structural tubing. Pultruded FRP fiberglass structure members are lighter and cheaper than steel, especially when factoring in expensive freight shipping. Unlike traditional wooden framed towers, even after decades of direct contact with water, FRP members will not rot like wood in high moisture environments, such as that of inside a cooling tower.

A slight disadvantage of FRP framing is that the composite material is somewhat flexible making the material more susceptible to structural collapse, especially over time in strong wind and storm areas such as coastal plains, or when mechanical machinery causes induced vibration such as from a continuously running motor. Flexing causes movement and bolt friction to the drilled hole in the FRP fiberglass. With back and forth flexing movement, over time the bolt hole size slowly increases and the bigger the hole increases, the more rapid the pace is. This is especially true where contact is made with the bolt’s threading that now acts like a metal file on plastic fiberglass. Vibrations from running motors or other moving mechanical equipment can also cause hole wear in the FRP tubing. Eventually with continuous movement and flexing the cooling tower becomes more prone to a structural collapse.

Cyrco developed, patented, and manufactures a FRP Shear Bushing that fully encloses the bolt which then overcomes the FRP fiberglass bolt thread hole wear caused by continuous flexing of the fiberglass members under wind or vibration conditions. In addition to preventing FRP hole wear, Cyrco’s FRP Shear Bushing mate in the middle which stops the operator from over torquing the bolts and prevents ruinous stress cracking to the FRP tubing. The joined mating also prevents under-tightened, loose nuts that often unthread and fall to the ground, as the installer knows when to stop tightening as the nut can not tighten any further. With the use of Cyrco's FRP Shear Bushing the nut and bolt are tightened within an ideal torque range, not over torqued, nor under-threaded. Another advantage of our mating bushings is that the tubular connections act as a pass through guide for the bolts, making for a much faster, rapid assembly.

In all FRP fiberglass member framing applications, especially in excessive weight-stessed, induced mechanical vibronic applications, or high wind geographic locations such as coastal plains where hurricanes and tropical storms are frequent, Cyrco strongly recommends the use of our FRP Shear Bushings.

With FRP fiberglass composite materials becoming ever so more present in an abundant of everyday engineering and structural industries, from marine to aerospace, Cyrco's FRP Fiberglass Tube Shear Bushings are not just limited or beneficial to the cooling tower industry. 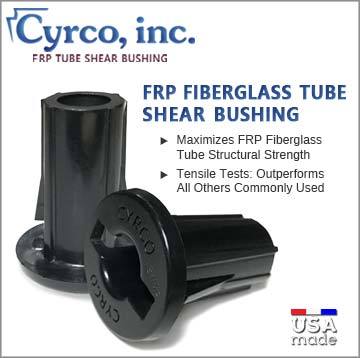